In a quiet, rural village deep in the heart of Yorkshire, family-run KC Caviar is leading a food revolution fuelled by their passion for sturgeon welfare. They are the world’s only producer of sustainable, cruelty-free caviar. 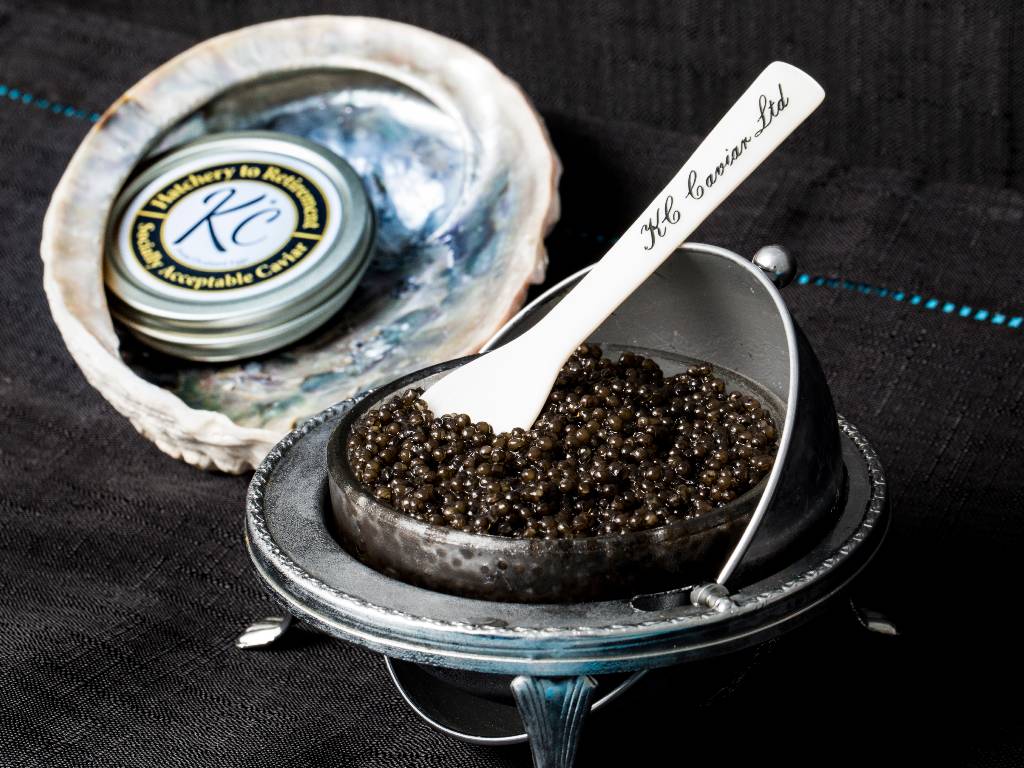 When it comes to animal welfare we know that we should be buying free range over battery, that it’s better to buy local produce and that we should be looking for produce that reaches certain assured food standards - but how often do you think about that when it comes to caviar? Chances are not that much. Seen as an extravagance or a luxury it might not be something you eat regularly or at all - it’s estimated that 40 million people in the UK haven’t tried caviar. So you’d be forgiven for not being hot on your caviar facts.

In which case it’s time for a quick lesson in caviar. Caviar is the roe of sturgeon, an intelligent family fish that has been around for over 200 million years, grows up to six metres long, weighs up to 1200 kg and lives for around 60 years if not more - some live up to 100 years. The problem is now, despite a ban on fishing wild sturgeon, they’re critically endangered. In fact the figures for sturgeon don't make positive reading at all, according to the Marine Conservation Society there are less than 750 sturgeon left in the wild, which means it is as endangered as the black rhino. And WWF estimates that the number of sturgeon in major basins has declined by 70% this century. Why? Partly because they have lost their breeding grounds and migration routes due to dam constructions and river pollution, but unfortunately it is due to the growth in the caviar industry. The rarer the fish the higher the value which means poaching is strife. Even for those in farms, the way that caviar is traditionally produced means that sturgeon has to die in order to get any roe. 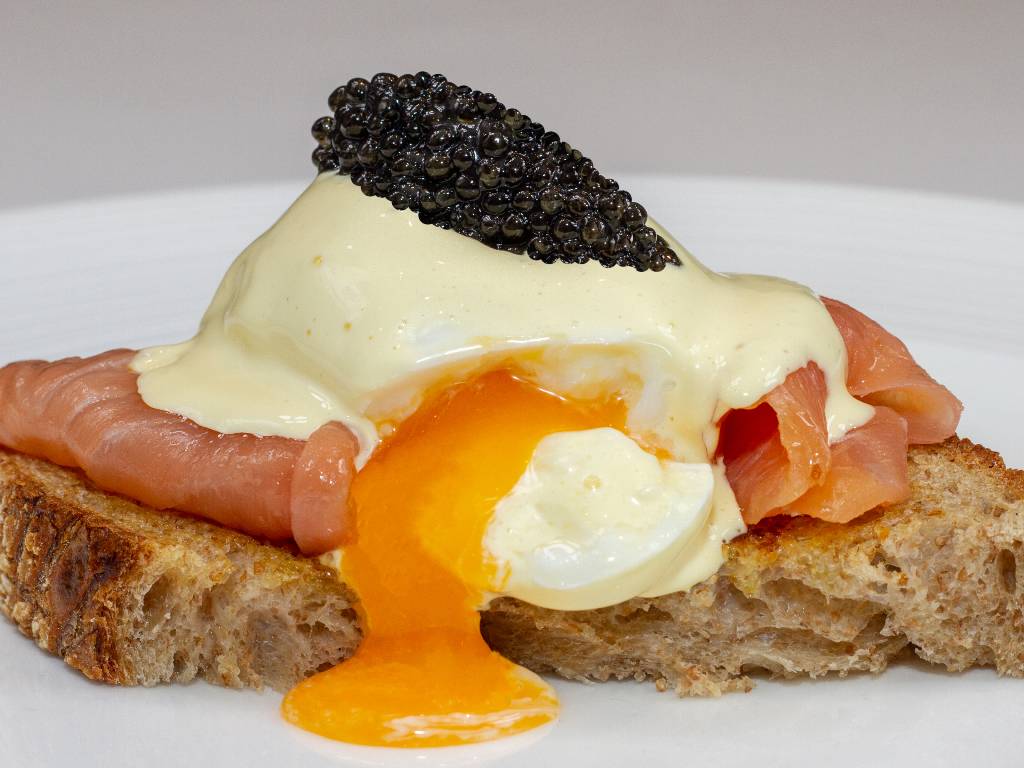 ﻿Except it doesn’t have to.

In state-of-the-art- tanks and using patented technology, pioneered by Prof. Dr Angela Koehler of the Alfred Wegener Institute for Polar and Marine Research, KC Caviar is not only producing caviar without killing the sturgeon, they’re also helping to breed sturgeon. How? The technique they use involves expert husbandry knowledge , in essence they befriend and gain the sturgeons’ trust so that they are able to catch them by hand and lift them out of the water for around 15 minutes. They then massage them which allows the sturgeon to release their eggs naturally without the egg losing its structure (which is what happens when they’re released in the water) or causing the sturgeon any harm - founder Mark Addey is one of the few sufficiently skilled in this process. And this method, makes delicious, sell-out caviar perfect on blinis, eggs and with potatoes, despite critics in the past claiming it’s not real caviar (this has since been disproven). Endorsed my Michelin star chefs across the UK. Chef John Quilter said, ‘These guys are true innovators. Their world class, sustainable caviar is an adult popping candy!’ 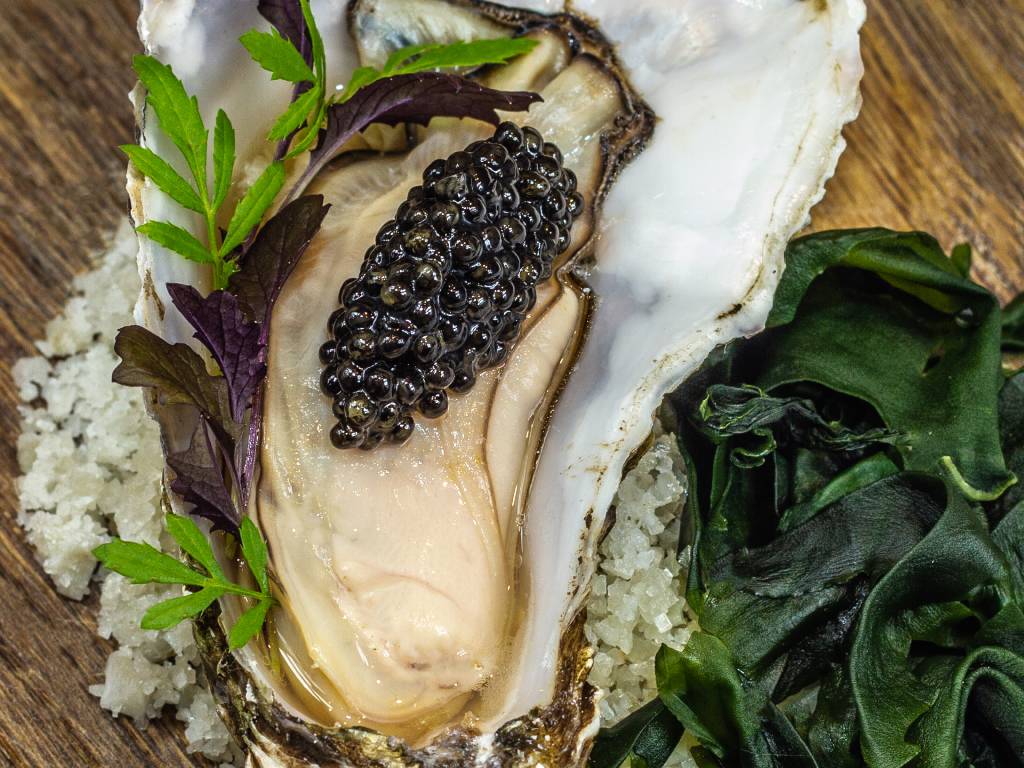 Currently KC Caviar’s 468 Siberian sturgeon are between 8 and 18 years old, but when they reach 25 years old they will retire the sturgeon and release them into conservation lakes, where they will acclimatise before being released in to the wild. This will not only give them up to 40 years to live without producing caviar but it will also give them 15 years of breeding. KC Caviar predicts that there is every chance that each could produce 100,000 fry in 10 years which will help to repopulate the endangered species and will allow them to say that they are the only facility in the UK producing caviar from British-bred sturgeon.

Wanting to make caviar a more accessible luxury and special treat for all in line with fine wine and Champagne, tins start at just 13gm and go right up to a whopping 1kg. They even detail which sturgeon has produced each tin, so you can request to buy more from the same sturgeon.

The Hairy Bikers, Si and David are also fans saying, ‘KC Caviar is disrupting the way caviar is traditionally produced and in doing so creating a sustainable, ethical luxury product to be proud of.’

To find out more about KC Caviar click here.