Another month and another host of bars and restaurants are set to open in the capital this month. London is set to welcome another avocado based restaurant in the form of The Avocado Show, (just proving out Millennial food love affair is far from over) and there’ll be additional sites from the likes of Gunpowder and Brindisa. Here are eight restaurants opening in October though, that we are particularly excited about 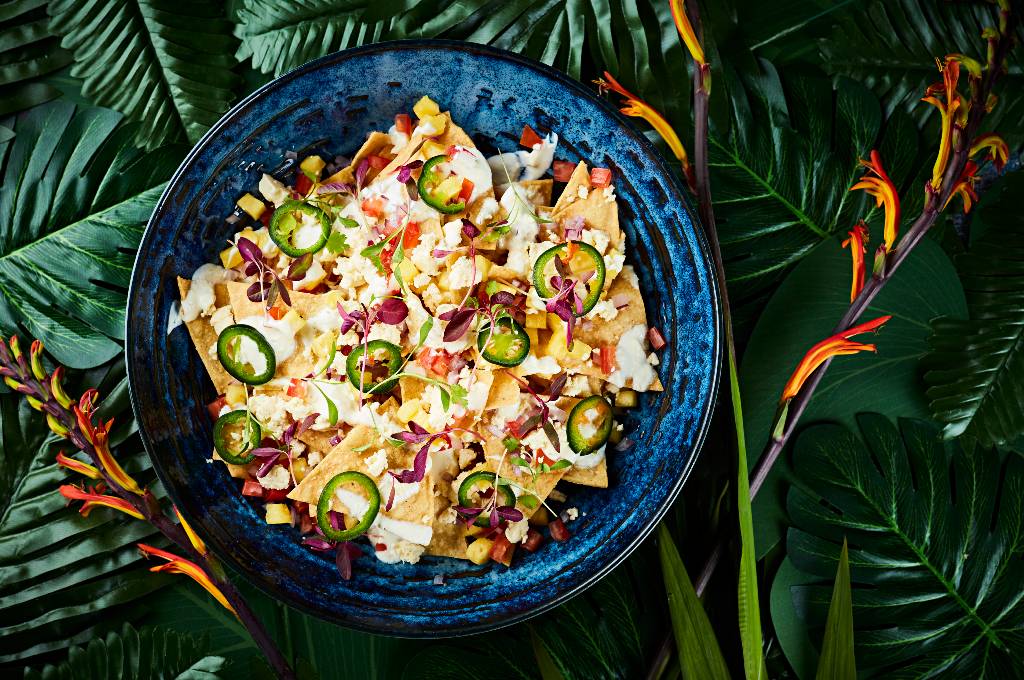 Following on from successful launches in Miami and The Dominick Hotel in New York, critically acclaimed Cuban-born chef Luis Pous is heading to London to launch the first UK opening of El Ta’Koy his tiki-inspired restaurant and bar. Setting up shop in the cellar of townhouse 3 Henrietta Street, El Ta’Koy will serve the likes of Mexican-inspired tacos filled with lamb barbacoa with pineapple chutney and lime crema, bao buns stuffed with pork chicharron and sustainably sourced ceviche marinated in coconut and lime. To drink, there’s a menu of tiki-inspired cocktails including house signatures created by Richard Moule of TGP International and a section dedicated to the forgotten history of tiki classics.

No stranger to The Savoy having taken over the Savoy Grill eighteen years ago, Gordon Ramsay is now opening his second restaurant in the iconic hotel, The River Restaurant. Opening in the space which is currently Kaspar’s, the all-day dining menu will showcase the very best shellfish and seafood that the UK has to offer, we’re talking tandoori monkfish curry, swordfish schnitzel, cider-battered gurnard and St Austell Bay mussels, lemongrass, chilli and coconut broth.

Actor Idris Elba and Connaught Wine Cellars founder, David Farber are gearing up for the launch of their bar, restaurant and wine shop under Porte Noire -their Champagne and wine brand. Situated within the Gasholders building in Coal Drops Yard, King Cross, Porte Noire Wine Cellar & Bar is inspired by the wine bars of continental Europe and is said to feature one of the largest fine wine tasting rooms in London with 800 wine bins. Whilst the full menu is yet to be revealed, the restaurant will be serving up charcuterie boards and plenty of cheese, because is there anything better than a cheese and wine date? Oh and it’s dog friendly too so your four-legged friend can join. 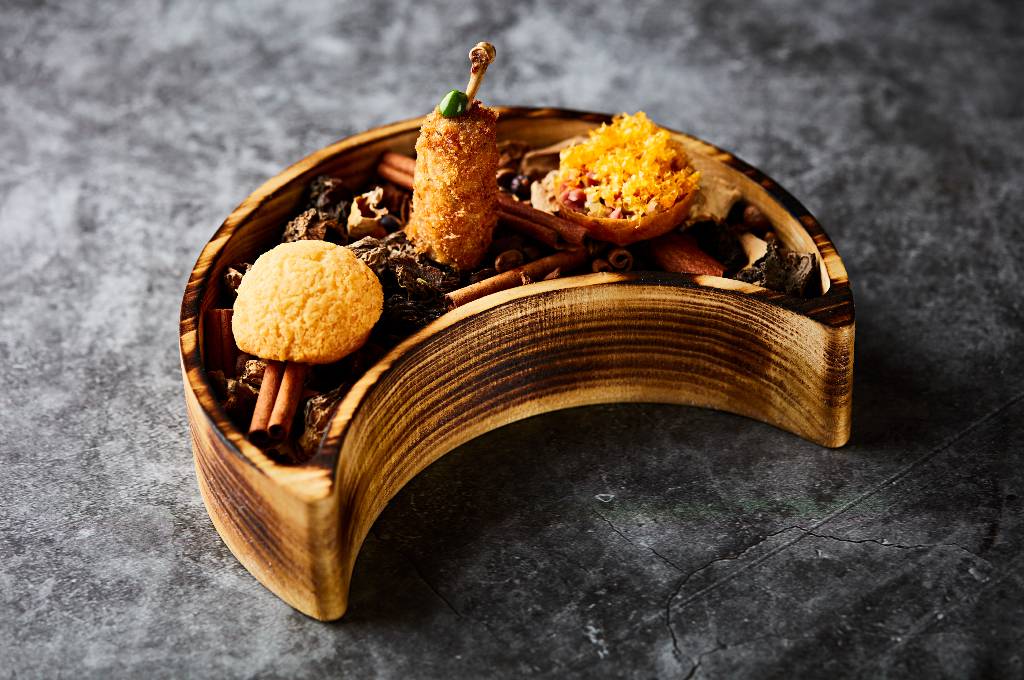 Award-winning Scottish chef Mark Greenaway is preparing to open his debut London restaurant, Pivot which will feature a nostalgic menu inspired by his childhood and monthly changing four and six course tasting menus. Dishes might sound unassuming but they’re anything but, take the mushrooms on toast - shiitake mushrooms are served on the tree log that they grew on and are roasted whole and dotted with jewels of green parsley emulsion or the ice cream sandwich which is levelled up into caramelised waffle encasing homemade bramble ice cream sprinkled with Rice Krispies and essence of Parma Violets. Located on the first floor of 3 Henrietta Street, the minimalist restaurant will seat up to 30 diners across the dining room and at the counter. And it’s the counter that you’re going to want to sit at because for the first two months the proceeds from two of these countertop seats will be donated to Burnt Chef, a charity that helps and promotes good mental health throughout the hospitality industry.

The second opening from Atul Kochhar (he already has Kanishka in Mayfair) is opening this month in a magnificent old Westminster fire station steeped in history. It was this fire station that Winston Churchill rang to tell them to save Westminster Abbey ‘whatever the cost’ during a bomb raid. The menu will centre around the flavours of India and its neighbouring countries: Iran, Afghanistan, Pakistan, Sri Lanka, Nepal, Bhutan, Bangladesh, China and Myanmar. Alongside the lunch and a la carte menus there will be a series of tasting menus, delivery menu and in January 2022 they will start serving breakfasts. 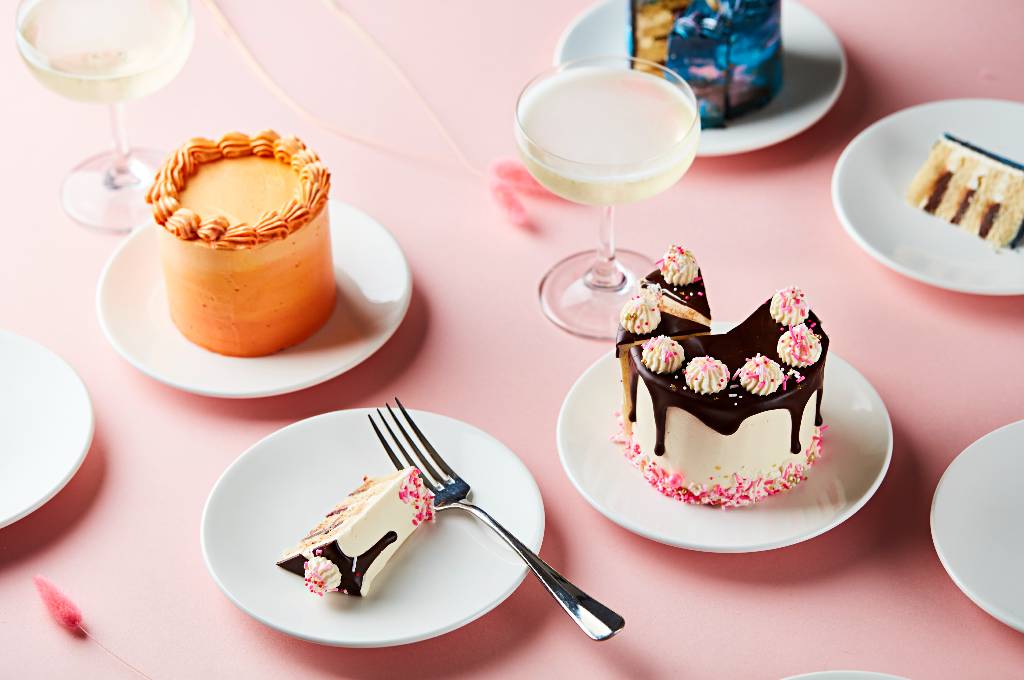 Named after the 17th century astrologer William Lilly, Lilly’s is the new cafe from the world-class pastry chef Kimberly Lin and will draw upon attributes of the elements and signs of the zodiac for menu and design inspiration. Having worked as the Executive Pastry Chef at The Corinthia and Claridges and as Development Chef for Dominique Ansel, Kimberly will be serving up desserts and cakes that she is known for including a rum baba with brown butter crushed pears and crème fraîche Chantilly and Celebration Cakes. Designed to share the photogenic three-tiered cakes are coated in Swiss meringue buttercream. We’ve got our eye on the galaxy-decorated constellation cake make with chocolate sponge and salted caramel filling. For those in something savoury you’ll the likes of Weligama scrambled eggs, a classic with a Sri Lanka twist of chilli, garam masala and cherry tomatoes; breakfast rolls, roasted cauliflower shawarma grain bowl and Levantine pita nachos with spiced carrot pecan mince and garlic tahini sauce. To drink, we’ll be going for the vibrant mood boosting Seraphic Lattes, like the Blue Moon with butterfly pea powder, which is thought to have powerful antioxidant properties.

Chelsea favourite, The Chelsea Pig is reopening this month and interior designer Timothy Oulton is at the helm. Expect lots of leather in the design and to eat a menu of British classics, created from locally sourced ingredients, native breed meat sourced from small farms delivered by HG Walter and line caught fish from local fishmonger Theseathesa. The drinks list has been curated by general manager Michele Ridolfi who has worked at some of the best hotel bars including Scarfes Bar, Claridge’s, The Arts Club and Annabel’s.