Meeting Sophie Botley at the Electric Members Club on Portobello Road, I was surprised to find out that she is about to turn 30. Sophie is naturally friendly, giving and chipper; traits that I am strangely surprised by, that I would not have expected to find in someone that has endured a long slog as a sales executive in the fierce, competitive industry of luxury concierge. Under two years ago, Sophie made the brave decision to leave her corporate job and an environment she wasn’t happy in, to dive headfirst into setting up a luxury concierge company on her own. A youthful, pretty blonde, I should think there have probably been those tempted to underestimate her in respect to the risky career move she chose to make. If there ever were such individuals, I am glad to confirm that they would have been completely wrong.

Sophie knows her industry back to front and is one of London’s go-to professionals for sourcing some of the world’s most exclusive, authentic, and sought-after items, such as Hermès bags. She explains that coming by these rare items is in no way as simple as just going into a shop and handing over the money. These are items in such high demand that people have been known to hire bodyguards purely for show when walking into store, to up their chances of being taken as somebody deserving of a bag. For a concierge like Sophie, coming across these sort of items takes extreme persistence, a lot of patience, the right contacts, and a little bit of luck, too.

“You can’t just walk into Hermès and get a bag” Sophie explains.

“You have to put your name on the waiting list, go into store and try to build a relationship with these sale advisors and tell them what you want. You will hardly ever get the actual bag that you want. After eight months of not getting anything I went back and I persisted. I bought a few things, because they like you to buy the homeware, the charms, and the ties. But I still didn’t get anything. It was only through meeting a friend of mine that knew all the people within Hermès, did I manage to actually get a bag.”

"You can't just walk into Hermès and get a bag. You have to put your name on the waiting list, go into store and try to build a relationship with these sales advisors and tell them what you want. You will hardly ever get the actual bag that you want."

Sophie tells me that in her industry, there is most certainly a waiting game that she has to play, but that her clients don’t want to participate in. But who exactly are her clients, and what are they after?

“A lot of them are very private about what they do. They are UHNWIs. It’s not usually English or European people who want the Hermès bags such as the Kelly, named after Grace Kelly, or the Birkin, named after Jane Birkin. it’s the Middle Eastern clients. The English clients want sold out Yeezy’s, Louis Vuitton Bags, exclusive Chanel bags. A lot of the people want fast buys. When it comes to the Hermès bags, there are people who just don’t want to wait, and would rather pay their way to get a bag, fast. I’ll say to a client that I can get it to them in a week, but they will always try to push it to two or three days.”

One of the most expensive bags that Sophie has ever sourced cost £85,000, a Birkin 25cm in Shiny Crocodile in Mykonos Blue with gold hardware. Crocodile is one of the rarest materials that Hermès produce their bags from, with the Himalayan Birkin, made from the extremely rare white crocodile being one of the most desirable (and expensive) bags in the world. The bag has previously been sold for around £231,324. Other leathers used by Hermès include box calf, ostrich, clemence, epsom and togo.

“With the Middle Eastern women, they want to have one up on their friends. It’s all a competition. It’s the women. Women are dressing for women. They don’t care what the guys think about the bags, it’s all to show off to their friends, or their sisters, or their family. They want to be the talk of the table.”

But patience isn’t the only vital skill that someone like Sophie must accrue in order to source products and run a successful luxury concierge business. Knowing how to authenticate an item is of equal importance; as is gaining and maintaining the trust of her clients. Within luxury concierge, making a mistake such as selling a fake would be a huge blow. As losing a reputation as a reputable concierge company would mean the loss of business from her very wealthy clients, who want one concierge that they can feel comfortable enough to use on a regular basis and spend a great amount of money through; without having to deal with any new suppliers.

“If you sell a fake in this world, your career is over. Everybody will hear about it, and they will not trust you. People talk.” 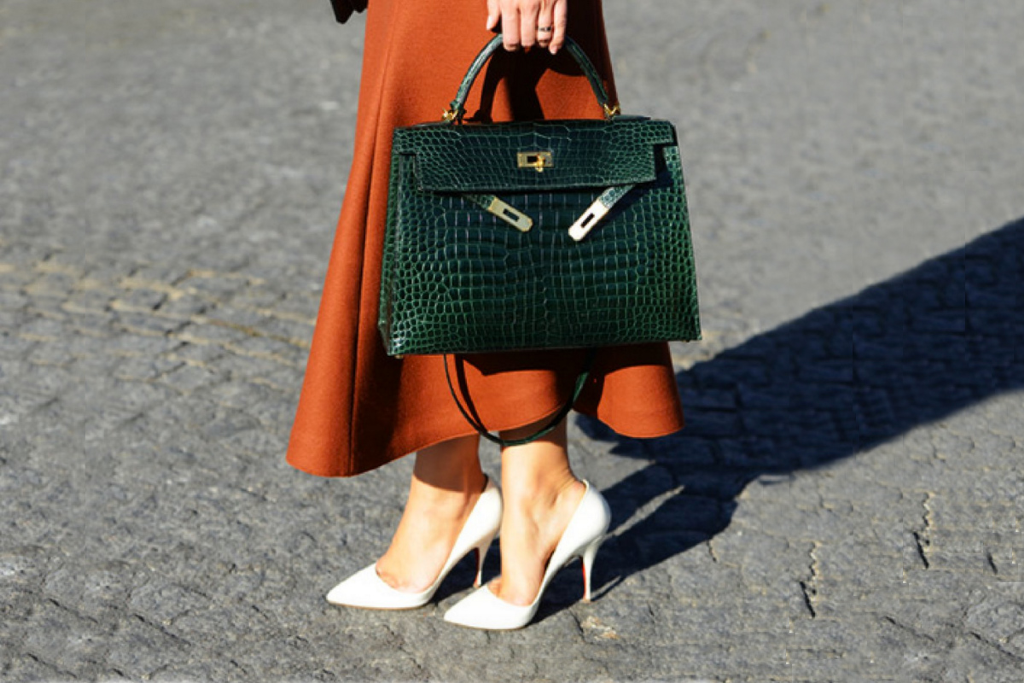 Sophie has picked up essential tips and tricks over the years on how to distinguish whether an item is authentic or not. As well as only using authenticators that she trusts, she cites the smallest of details such as the smell of the leather, appearance of the stitching and design of the box as key pieces of information to help her sniff out whether an item is a fake.

As well as being a booster for the vanity and popularity of her clients, purchasing a genuine Hermès bag and sitting on it, is also one of the best investments to make. The brand puts up their prices every year, which means that there is a lot of potential for a bag purchased to double and even triple in worth over time. This also stands true for the Patek Phillipe and Richard Mille watches, other extremely expensive products in high demand from Sophie’s clients.

Although Aquarius Concierge also deals with sourcing tickets for events, tailoring travel arrangements, personal shopping, art advisory services and general lifestyle needs, Sophie most regularly deals with sourcing these types of products. Although it is hard to predict trends, she is in the know about the moves that the big brands such as Dior, Chanel or Louis Vuitton are about to make, and the collections that are about to be released.

“There are a lot of collaborations happening. When people make things very limited, they become really popular. Dior and Nike, for example, are doing a collaboration and have got these trainers that are just about to come out. They are only releasing 2000 pairs that will be massively sought after. Chanel, Dior or Louis Vuitton will mainly release really limited collections. Brands like this use drop tactics which mean that their collections appear super exclusive and difficult to obtain. That’s what really interests people like my clients.”

"Brands like this use drop tactics which mean that their collections appear super exclusive and difficult to obtain. That's what really interests people like my clients."

Within the often harsh and competitive world of luxury concierge, Sophie Botley and Aquarius Concierge are a refreshing asset. She is well acquainted with the fact that running your own business means answering the phone 24/7, multi-tasking like crazy and being your own self-motivator. Yet I believe that it is Sophie’s vivacious disposition and warm, kind energy that has been the most essential tool within her toolbox for many years, and which has helped her forge strong, long lasting relationships with her clients and build success and independence for her career.

There are millions of young women out there with ambitions similar to Sophie’s, that will hustle for years as they try to forge a career within the corporate world. Perhaps they stay in the wrong job out of fear there won’t be anything better out there, doubt from their superiors or a lack of confidence in the idea of going solo. But I absolutely love that although it hasn’t always been an easy road, Sophie has done it on her own, and all the while has kept a smile on her face. I love that she’s doing it her way, with Aquarius Concierge. 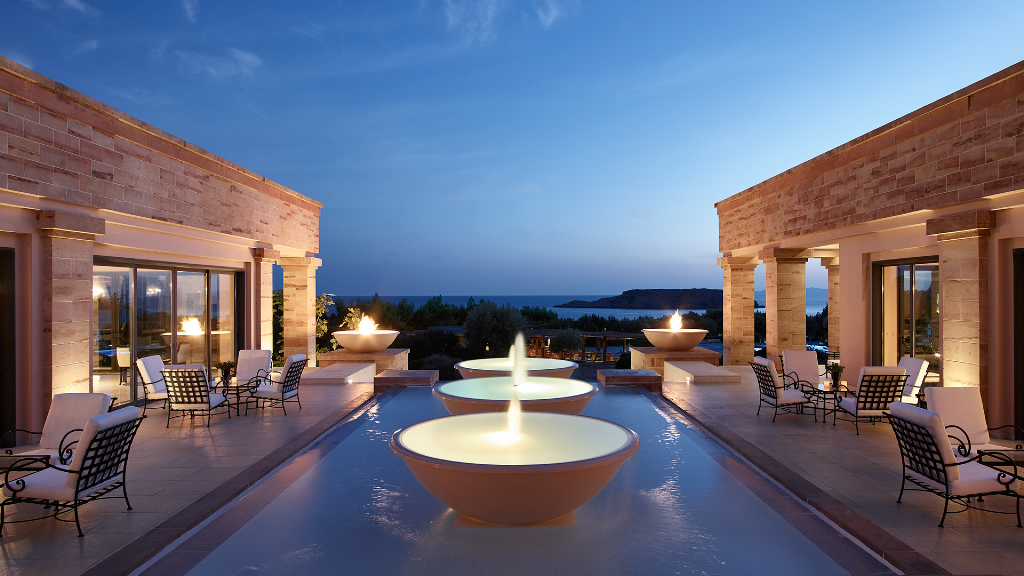