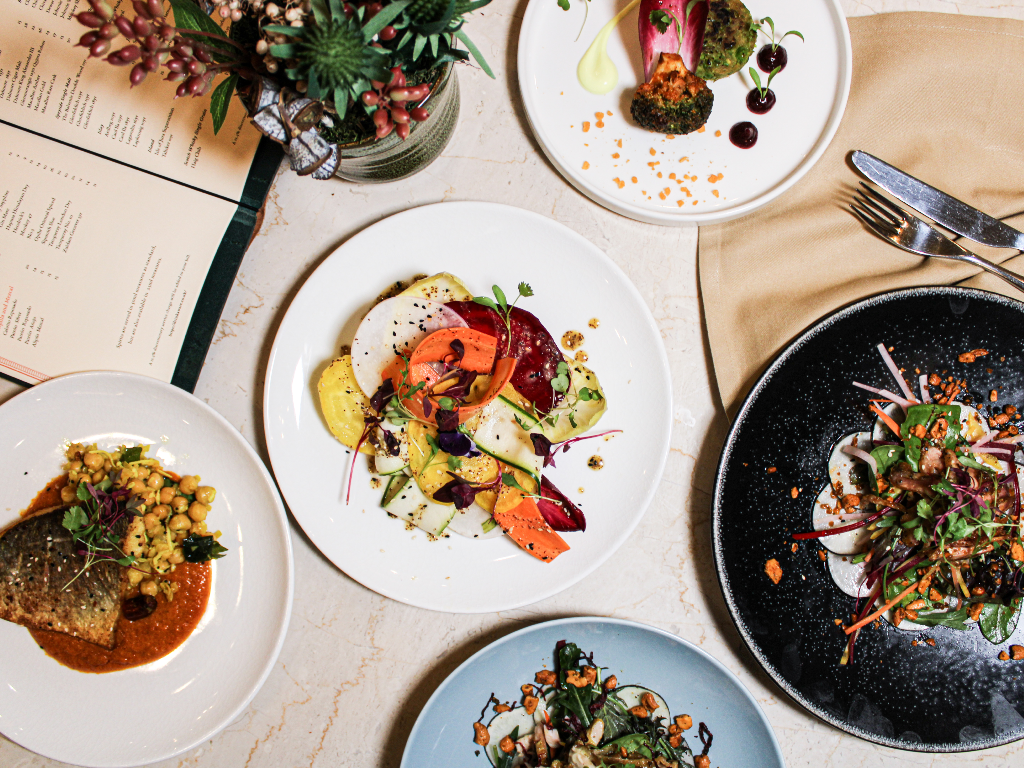 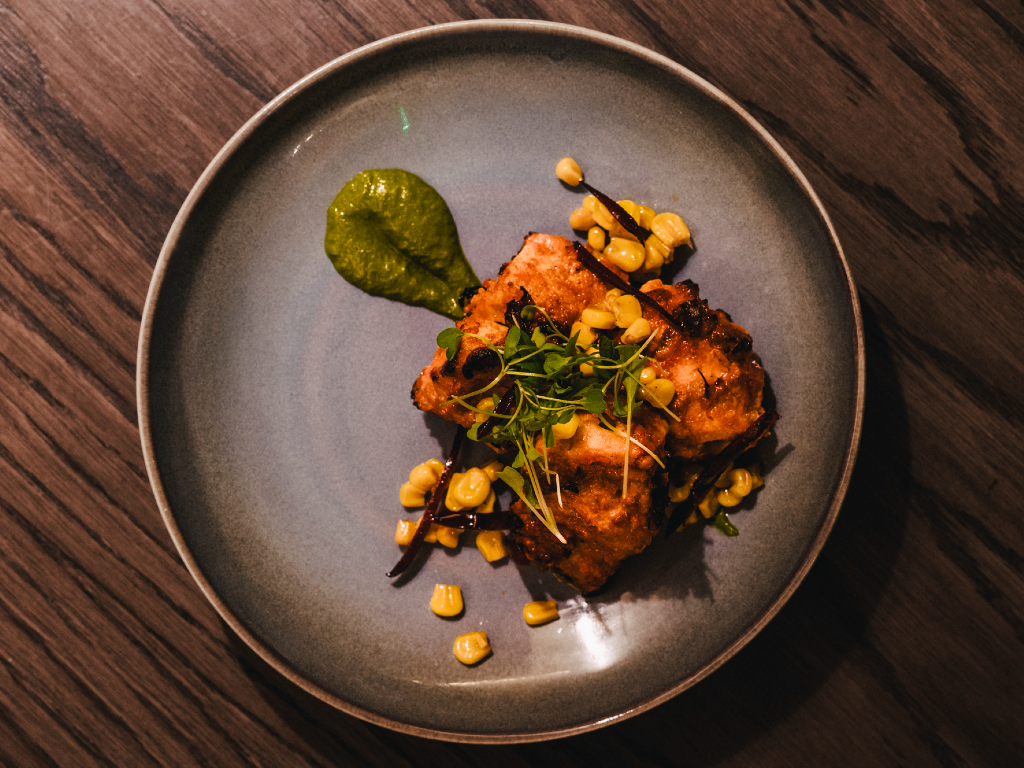 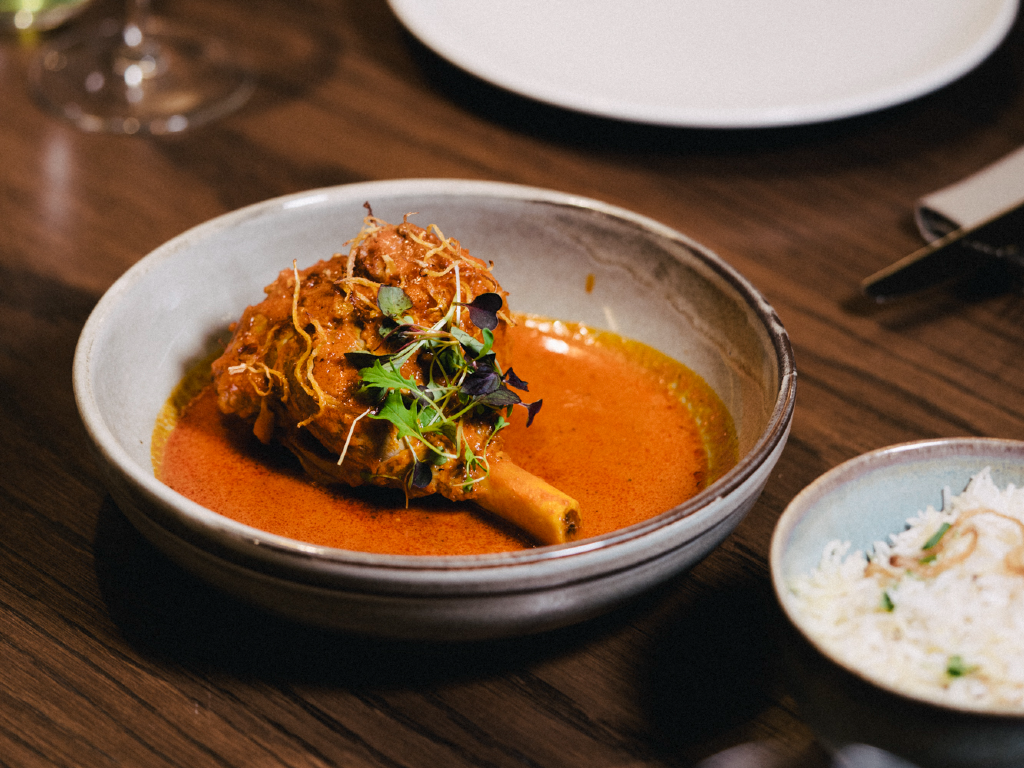 With its own twist on Indian cooking, Kahani is a fine dining Indian restaurant with an emphasis on communal dining and sharing. It’s the sort of restaurant that you could easily take a date to on Friday night and then revisit the next day for a decadent brunch with your friends. Located just off Sloane Square opposite Cadogan Hall, we visited to try the six course Tasting Menu and particularly recommend the Malabar Prawns marinated with fresh turmeric, coconut and curry leaves and the Guinea Fowl Tikka with Chettinad spices and smoked tomato sauce.

Founded by Peter Joseph, Kahani which means ‘story’ in Hindi is a fine dining Indian restaurant just off Sloane Square doing away with weighty sauces and heavy dishes and instead serving a menu filled with grilled meats, fish and vegetables cooked in the Tandoor oven. Peter Joseph, (former head chef at Tamarind, the first Indian restaurant to win a Michelin star) uses traditional Indian cooking methods combined with his experience in British kitchens to create his menus and signature blend of spices and flavour pairings. With a range of menus including Dawat, Tasting, Bottomless Brunch and Vegan menus, dishes include the likes of Trio of Chicken Tikka - tandoor grilled chicken supreme with cream cheese, mint and pickling spices; Kashmiri Nihari - Somerset lamb shank slow cooked with browned onion and Kashmiri spices and Jackfruit Biryani with mint and coriander and a padron pepper sauce.

Is this your business?

Claim this listing and start generating leads on Listique immediately.

Get in touch with Kahani | Indian Restaurant